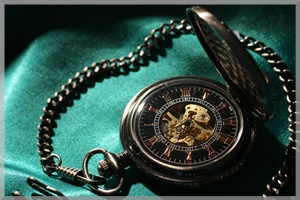 -Tailwinds for your Plans- With the Loan made just for me-.

The German-language document you may find here!

As you and many others should also have realised, the Lord's matter and commission will not be easier to carry out if time is not used wisely according to the situation and if you do not learn to budget with the available funds and credits that do not belong to you!

There is only one King, there is only one Empress and above all the Emperor is also only once in such a high and rather terrible office, so that you should get "into your stride" very quickly!

Nobody can know whether "cancer" has not already knocked on the door of your Authorities, whereby this disease will possibly take no notice of a true title holder, but will continue to "snatch away" many people.

Now the nuclear waste disposal and the final repository for the dangerous nuclear barrels come up, whereby this nuclear energy has obviously long been present in the atmosphere and thus also in the food chain, but the amount of these released atoms, which can come over the borders from all sides, is not measurable and unknown.

Secure the positions of your Authority(ies) so that they remain capable of acting by setting up the castles of the earth or at least the castles of Europe, as already announced, and will use them for the intended circles of people.

Inform yourselves through the homepages of my person about the progress in the matter.

Get rid of abortions and end hunger in the world, so that my person will also become more capable of acting!

Damn it all, that can't be so difficult to understand and impossible!

My time is also short! Damn at all!

Surely the mind is still there, or what is actually going on here?

Under half animals or "diseased fiecher" my person has served, but who do you and your kind think you will have to serve under or by, if you will not obey the documented orders that can be found on my various homepages?

Even under my leadership it will not be a "bed of roses", I can promise you that, since the Bundeswehr and the BGS the Federal Police* will also have to be at my disposal, but the alternative to that is quite obviously hard to top in the negative sense!

HP: This letter must also be made public, which will also be done through one of my homepages!

The free English translation of the document "The Childhood of India" you may find the link below.